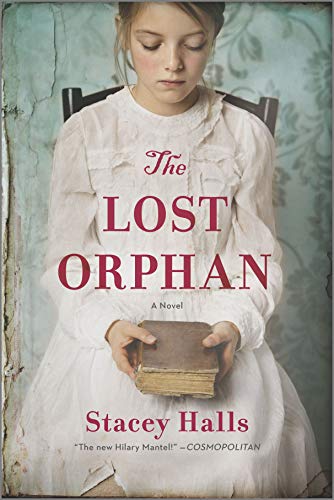 What would you do with your newborn baby if you were a poor, uneducated, unwed mother in 1747 London? In “The Lost Orphan” by Stacey Halls, main character Bess is a seller of shrimp. She lives with her father and brother in a tiny two-room apartment, and they struggle to pay the rent and stay warm in the cold London winters. They rise before dawn and, no matter the weather, venture out to sell shrimp in the streets. It’s no life for an infant, and Bess doesn’t have the ability to stay home to raise a child. But she does have the opportunity to leave her baby at a foundling home where they will care for her infant, and when she is ready to reclaim her baby, she will be able to.

The story is based on the real history of the Foundling Hospital in Bloomsbury. Women did go to the home and draw balls in a kind of cruel lottery that determined whether the home would take their infants or not. And the process also served as a kind of fundraiser, wherein wealthy members of society would watch the lottery. Perhaps experiencing the desperation on the faces of the women would compel the rich attendees to donate more for the welfare of the children.

The story is told from two perspectives, that of Bess, the mother, and also that of Alexandra, the wealthy widow who is raising Bess’s daughter. The story isn’t just about a mother finding her child, but rather about what makes a mother. Halls weaves a story that takes the reader on a journey back in time to London, but also to the poorest part of London on the one hand and into wealthy people’s townhomes on the other. There are also important questions to ponder over the course of the novel. Is a child better off in a rich home, never knowing want or hunger, or is the child better off in a poor but perhaps more loving home? And if you were a mother, would you take your child from a safe, wealthy home and bring him or her into a home that might be very loving but without the means to provide an education or a childhood free from an odious job?

These are just a few of the questions that readers will consider as they hear from both main characters, each of whom is quite admirable and quite sympathetic. Both main characters are strong women, and the first person narrations from both of them draw the reader into their lives and their backstories. Halls has a beautiful and lyrical writing style: at one point, when Bess comes to understand a friend’s fears for her two sons, she says, “I held my daughter, heavy on my chest, and I understood that love and fear were no different. Not really.”

Halls also provides a surprisingly satisfying ending as she develops our understanding of each character and as both characters come to a better understanding of themselves. The history alone would make this a book worth reading, but there’s so much more. It’s a beautiful book that you won’t want to put down, and you will remember and think about it long after you’ve finished the last page.

Please note: This review is based on the final, hardcover book provided by Mira, the publisher, for review purposes.