In this novel of prewar Germany, “The Berlin Girl” by Mandy Robotham brings us right into the close-knit world of the journalists who staff tiny offices in capitals around the world in times of strife. Through the eyes of George Young, born Georgina Young and also known as Georgie Young, we enter the cosmopolitan, complex, and perilous environment of Berlin as the Nazis became more ruthless and less concerned with world approbation.

END_OF_DOCUMENT_TOKEN_TO_BE_REPLACED 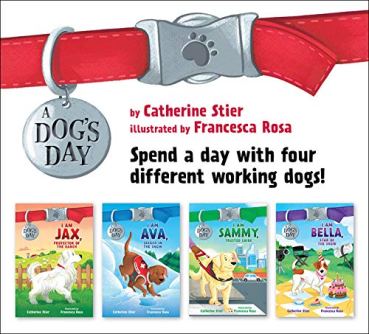 “A Dog’s Day” is a new series by Catherine Stier for early chapter book readers about working dogs and their various different jobs. In “A Dog’s Day: I Am Sammy, Trusted Guide,” readers learn about guide dogs and what they do. Sammy, the working dog, tells his story in first person narration and we learn about his training and how important it is that guide dogs be able to practice something called “intelligent disobedience.” That’s an important concept for children to learn, and they also learn that it’s important not to bother working dogs or ask to pet them because they shouldn’t be distracted. The story is told in an engaging manner and Sammy’s adventures are exciting enough to keep the readers interested. The illustrations by Francesca Rosa add visual interest for young readers making the jump from picture books and early readers to short chapter books. END_OF_DOCUMENT_TOKEN_TO_BE_REPLACED

I picked up “When Harry Met Minnie,” by Martha Teichner, thinking it was a story about dogs. I was wrong. While the dogs, two adorable but quirky bull terriers named, obviously, Harry and Minnie, are part of this story — it’s so much more. Teichner writes about serendipity, chance meetings that change lives, our love for our dogs and how they enrich our lives, the utter failure that our medical system can be for us in times of need, and above all, a friendship that arose quickly but became of supreme importance and changed the lives of both friends.

END_OF_DOCUMENT_TOKEN_TO_BE_REPLACED 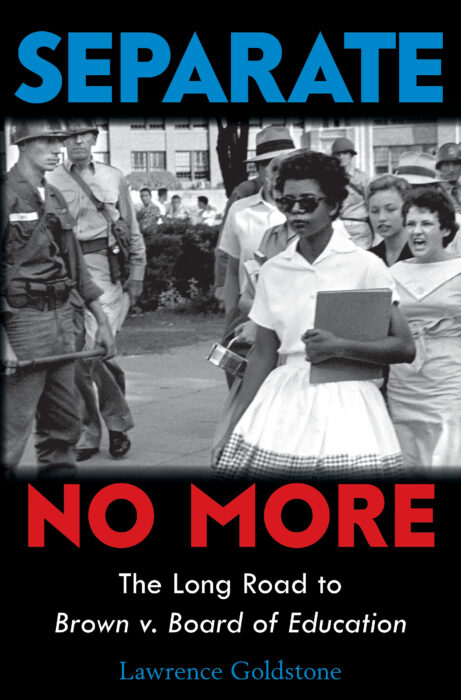 “Separate No More: The Long Road to Brown v. Board of Education” by Lawrence Goldstone is an important nonfiction young adult history of segregation and bigotry beginning in 1892 in the famous Supreme Court case Plessy v. Ferguson. Goldstone writes the story of segregation and institutionalized racism and bigotry as if writing a novel, and many of the historical figures and events he shares become real and present. END_OF_DOCUMENT_TOKEN_TO_BE_REPLACED

For those readers who are soon to launch into Barack Obama’s memoir, “A Promised Land,” be forewarned: if you think you’re about to enjoy anything like a light-hearted romp through a very successful 2008 presidential campaign and an arguably quite successful first-term presidency, it would be wise to radically adjust your expectations. Much of the memoir is serious — often deadly serious. It’s an extraordinarily (near-obsessively) detailed account of several tumultuous years of world-changing, earth-shaking decisions, ideas, ideals, events, and frightful dilemmas. It’s also a seven hundred page roller coaster journey of emotions — joy, depression, celebration, sorrow, anger, love, fear, courage, desperation, confidence, and crippling self-doubt.

END_OF_DOCUMENT_TOKEN_TO_BE_REPLACED

The malignant tumor generally known as Donald Trump may have been excised before it could fully metastasize, but Trump was not, of course, the only cancerous cell in our ailing body politic. Neither was he the cause of the disease; he was simply its most glaringly obvious symptom. The other malodorous, noxious cells are alive and all too well. Unlike the ex-president, they are still all around us, multiplying and spreading as they surely and not-so-gradually go about their business of destroying the body they inhabit. Make no mistake: those cells must be investigated and isolated in order for the healing process to begin before the offending organisms are allowed to fulfill their singularly horrific goal.

END_OF_DOCUMENT_TOKEN_TO_BE_REPLACED

One of the things that makes John Hart’s novels, including his newest, “The Unwilling,” so compelling is his ability to create complex characters whose actions and courage linger with us long after we’ve finished reading the story. Jason French is one such character, and his inability to reconnect with his family after serving almost three years as a soldier in the Vietnam War is what we first learn about him. We learn much more about not only Jason, but his younger brother Gibby, and their parents. What we learn and how Hart shares the relationships and the emotions is what makes this an unforgettable story.

END_OF_DOCUMENT_TOKEN_TO_BE_REPLACED

In “The Marriage Code” by Brooke Burroughs we meet Emma, a young twentysomething living in Seattle and working for a tech company. At the start of the story, she has just been blindsided by her boyfriend’s surprise proposal, in a crowded restaurant, completely embarrassing both of them when she says no. Things are awkward in their shared apartment after that, to say the least. We also meet Rishi, who is visiting Seattle from his home in India, where he works for the same company as Emma. Rishi is visiting but has been told that he will be given a project that will keep him in America for a while, which is perfect for his needs. Both are in for some surprises.

END_OF_DOCUMENT_TOKEN_TO_BE_REPLACED

Let’s face it. While Joe and Jill Biden are fabulous new occupants of the White House, the new residents that are exciting the hearts and minds of animal lovers across the world are their two dogs: Champ and Major. Major is especially a celebration in light of the fact that he was a shelter dog that the Bidens fostered, then adopted before moving into the White House. A new picture book, “Champ and Major: First Dogs” by Joy McCullough and illustrated by Sheyda Abvabi Best celebrates these two four-legged Biden family members.

END_OF_DOCUMENT_TOKEN_TO_BE_REPLACED

It’s February, and that means there are amazing new children’s books that are perfect for every month of the year, not just February, and which celebrate Black activists and Black heroes. Some you might already have read about, but some of these fascinating and important historical figures might be newly revealed to you through these worthwhile reads. 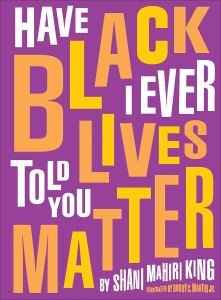 “Have I Ever Told You Black Lives Matter” is by Shani Mahiri King and Bobby C. Martin, Jr. and is a unique book. Its presentation is brilliant — in terms of color and layout. The cover of the book is the first hint that this book will be filled with colorful graphics and lots of positivity. You actually have to look at it a few times to see the order of the words. And words make up this book from the endpapers that are filled with the names of famous Black people with barely a space between, to the introductory letter from the author about why he wrote this book, to the pages filled with questions like, “Have I told you that we were among the 1st patriots to lay down our lives for the dream of an American independence and that a Black man named Crispus was the very first person to die for that dream?” One side of the page is filled with purple lettering on a teal background and the other side, with a stylized image of Attucks, features purple lettering on an orange background. The key is following the 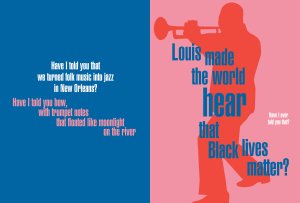 colors of the text to see what goes together. For example, on the page asking (telling) in purple letters that “we have long been world-acclaimed poets and authors,” there are names next to those purple letter in white lettering: Zora, Richard, Langston, James, Ralph, Maya, Toni, Ta-Nehisi, and on the facing page are those names, first and last, with the names of other acclaimed poets and authors such as Gwendolyn Brooks, Jacqueline Woodson, Countee Cullen (a few of my favorites). There’s a double page about Colin kneeling and those who went before him, including, “Jesse punctured the Nazi myth of racial superiority with four gold medals.” At the end are snippets about the lives of 116 Black leaders and artists and athletes. The author points out that choosing which Black lives deserved to shine was difficult, and that these form only a tiny sample. From its sentiment to the powerful presentation, this is a book that deserves a place in every school library and on every classroom bookshelf. (Tilbury House Publishers)

END_OF_DOCUMENT_TOKEN_TO_BE_REPLACED

Jennifer Donnelly’s fairy tale retellings are beautiful in their complexity and their reimagining; but make no mistake, the beauty of the writing doesn’t equate with “beauty” being foremost among the traits of the main characters in her newest fantasy “Poisoned,” or her previous fractured fairy tale, “Stepsister.” Both young adult fairy tales are beautiful in the sense that they take fairy tales in which originally the most important trait of the young women — Snow White and Cinderella — is their beauty and change our concept of what beauty is. Donnelly turns that ideal on its head. And while the Disney cartoon version shows that both fairy tale creations love animals, there isn’t much else about them that has any depth or substance.

END_OF_DOCUMENT_TOKEN_TO_BE_REPLACED

Children’s author Alan Gratz is known and revered for his historical fiction middle grade novels like his newest, “Ground Zero: A Novel of 9/11.” As he has done in other novels including the award-winning “Refugee,” Gratz presents readers with two main characters from different backgrounds and different perspectives who share the story in alternating narratives. In “Ground Zero,” we meet Brandon Chavez from New York and Reshmina from Afghanistan.