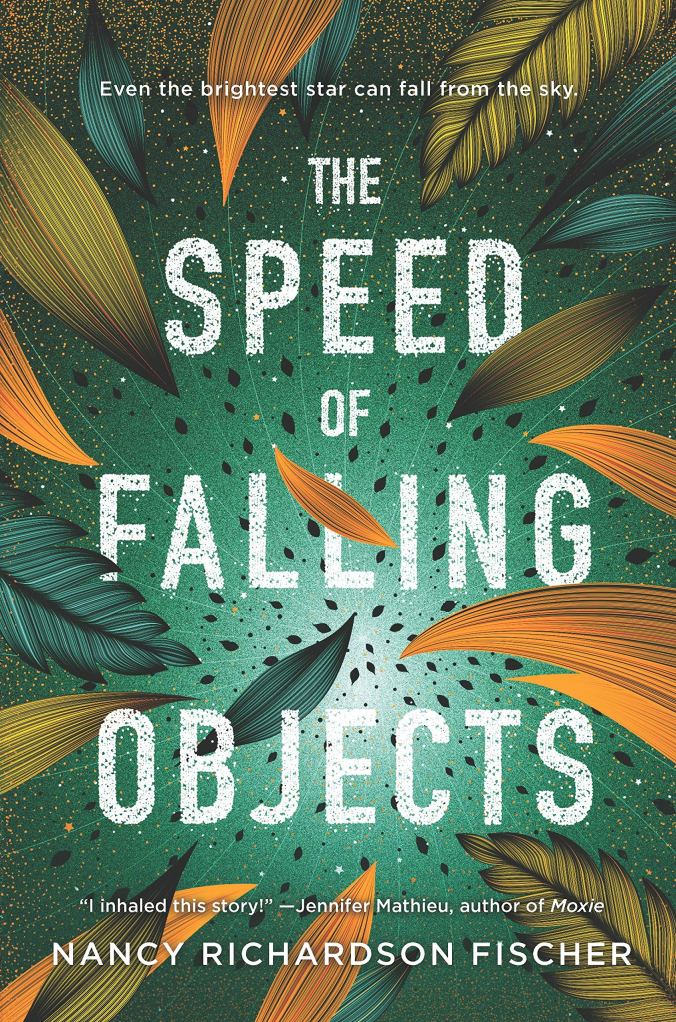 “The Speed of Falling Objects” by Nancy Richardson Fischer first caught my eye because it’s a young adult survival story about a girl who must survive in the Amazon after a plane crash. But while this is a thrilling story of adventure and the dangers of navigating the rainforest in Peru, it’s also much more.

Danger is Danny’s real first name. Danielle is her middle name. But since the accident that caused her to lose one eye, her father, during the rare times she sees or talks to him, calls her Danielle. Not Danger. At school, she is teased unmercifully by other students who call her Pigeon, making fun of the way she looks from side to side to make up for only being able to see on one side. She regrets making the decision to have her fake eye be bright blue to match her father’s eye, rather than gray to match her eye. Her father and her mother separated shortly after her accident, and we only learn exactly what happened toward the end of the story.

In spite of never seeing her father, Danny has watched all of his reality survival television shows, and she has each one memorized. She can recite the episode number, where it was shot, and what happened. When, shortly before her seventeenth birthday, he calls out of the blue and invites her to go on location with him in the Amazon, she’s thrilled. It’s finally going to be her chance to show him that she’s brave and worthy of his love. After all, he’s the celebrity Cougar, whose bravery and skills keep him alive in the most dangerous regions on Earth. And on the trip will be a young movie star, Gus Price, who will be featured on the episode.

We learn a lot about Danny through the author’s careful buildup. Danny is frightened of both spiders and surprises, mostly because of her handicap. While she had been fearless as a young child, after she lost her eye, she had to relearn depth perception, and there was a huge adjustment that led to insecurities and feelings of inferiority. So when her father calls and offers her a trip with him as a birthday present, she tries to ignore the fact that he thinks she’s a year younger than she really is.

But what she realizes once the plane crashes is that the father she worshipped from afar all these years is not the person she is stuck with in the Amazon. What Danny learns about what her father and his assistant, Cass, have planned for her part in the episode, she is angry and feels betrayed. But we also get to see Danny come into her own. Her mother, a nurse, had taken Danny to the ER where she worked when she couldn’t get childcare, and Danny read all the medical journals that her mom brought home.

It takes more than just guts to survive in the Amazon, and Danny brings plenty of survival skills she never knew she had. We see Danny disagree with her father and take her life in her own hands. We see her intrinsic bravery and moral fortitude. And we see her ability to inspire others.

“The Speed of Falling Objects” is a wonderful survival story, but it’s also a coming of age story about learning to face your fears and learning that while no one is perfect, we can love people simply for who they are.

For other fabulous survival stories, read “When We Were Lost” by Kevin Wignall and “Freefall” by Jessica Barry.

Please note: This review is based on the final, hardcover book provided by Inkyard Press, the publisher, for review purposes.