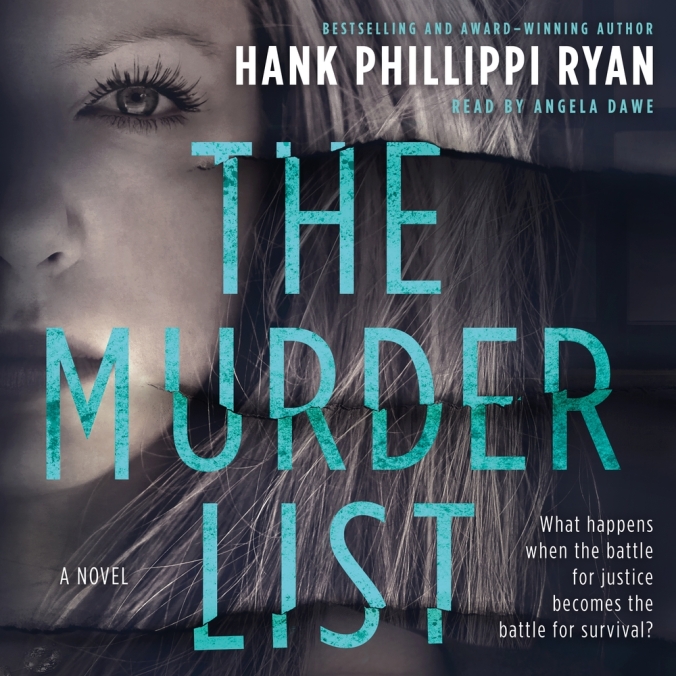 “The Murder List” by Hank Phillippi Ryan is a mystery that keeps us wondering — almost until the end — who the characters really are behind the narration that we are reading and taking at face value. From the very first page, we know that Rachel North is a law student. Not a fresh-out-of-college law student, but a law student at 36. She’s married to a criminal defense lawyer, Jack Kirkland. Handsome and successful, he’s completely dedicated to winning and making sure that no innocent person gets incarcerated. It’s his passion.

So when Rachel shares that her summer internship is going to be at the prosecutor’s office, a prosecutor whom Jack loathes, no less, he’s furious. He insists it’s a mistake, that she shouldn’t be doing this. Rachel convinces him that she’s doing it for the right reasons, and it’s too late to change it. So Rachel begins to work as an intern with Martha Gardiner, a prosecutor whose life hinges on getting every bad guy incarcerated and winning every case — no matter what.

The story is narrated in first person from Rachel’s point of view, but in third person from Jack and Martha’s points of view. That gives the reader insight into what Rachel is thinking and feeling. She not only narrates the present, but we go back six years into the lives of all involved to see what was the demise of Rachel’s life as an assistant to the most powerful senator in Massachusetts, and what led to her marriage to Jack and eventual law school. The end of Rachel’s career and the senator’s, Tom Rafferty, was centered on the murder of a coworker, Danielle Zander, a new hire who was murdered behind the statehouse on a snowy winter day.

Danielle’s death was never solved, but it came out that she and the senator had been having an affair. After Rafferty’s wife was charged with the murder, Jack got the charges dropped. But now, Martha Gardiner is opening up the investigation again, six years later. Why?

There are many mysteries contained within the story. Why did Martha Gardiner choose Rachel, the wife of her nemesis, to be one of only four summer interns? Why is Gardiner taking Rachel with her on the investigations when the other three interns all remain at the office? On the sly, Rachel is investigating why two jurors were taken off the jury during a trial in which Martha Gardiner was prosecuting and Jack was the defense lawyer. If the jurors had remained on the jury, the results from the jury might have been very different. Was Gardiner involved?

Readers are aware that some of the narrators, perhaps all of them, might just be unreliable narrators. But who? Which part is not the truth or the whole truth? It’s tricky, and while we like some characters more than others, we really don’t know “who done it” until the denouement. Ryan does a wonderful job creating a mystery that keeps the reader guessing until she decides it’s time to part the curtains.

Please note: This review is based on the final, hardcover book provided by Forge, the publisher, for review purposes.