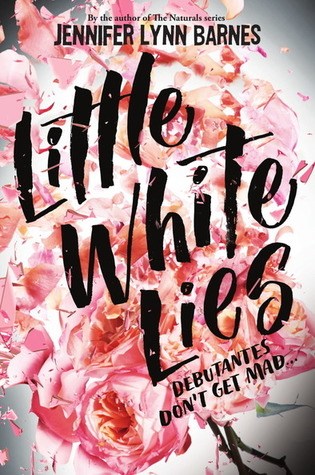 Former debutante Jennifer Lynn Barnes shares with readers the trials and tribulations of what goes into being a society deb and living the life of the rich and famous. In “Little White Lies,” protagonist Sawyer Taft goes from fixing cars and taking care of her mother to living with her grandmother and participating in nine months of preparation to be a debutante — in return for half a million dollars.

The college money will mean the world to Sawyer as it will enable her to attend college. But she has another reason for wanting to enter the world her mother grew up in. She’s determined to find out who her father is. All her life she’s only been told three things about him: her mother only slept with him once, he hated fish, and he wasn’t looking for a scandal.

With that information and a photograph of her mother’s debutante group, Sawyer enters a world that brings new and unfamiliar activities into her life. And Sawyer, who went out of her way to not make friends, learns that friends are important.

The four girls, Sawyer, her cousin Lily, Lily’s best friend Sadie-Grace, and the daughter of the powerful senator Campbell, all join up to discover not only who the drunk driver was, but also to get revenge.

What could be a predictable plot keeps the reader turning the pages for many reasons. The characters are all likable except for the ones who are intentionally villainous. The writing is real, and the first person narration works extremely effectively to convey the often wry comments of the 18-year-old Sawyer. The book is fun. It’s filled with amusing situations and clever dialogue.

So suggest “Little White Lies” to a young adult reader looking for a fun read. Don’t be surprised if she starts saying, “Bless your heart,” without realizing it!

Please note: This review is based on the final, hardcover book provided by Freeform Books, the publisher, for review purposes.