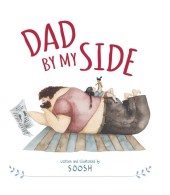 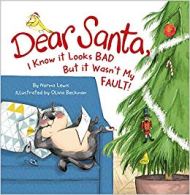 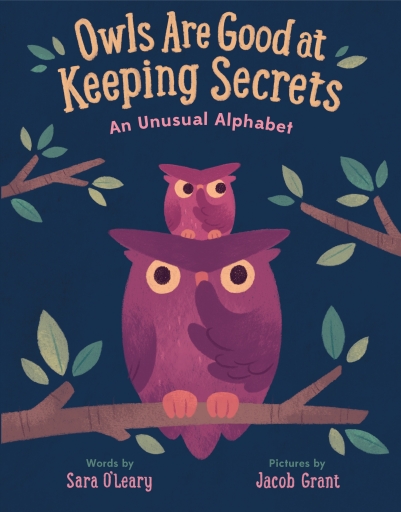 It’s not too late to get books for the children on your shopping list. And there are many great children’s books available for every age and every interest. There’s a plethora of wonderful picture books for children who love to read or listen to books. 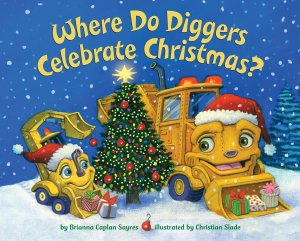 For those looking for something Christmasy to read with their young ones, “Where Do Diggers Celebrate Christmas?” by Brianna Caplan Sayres might be just what would be appreciated. In this colorful and holiday-cheer-filled book, kids will see their favorite trucks all celebrating different aspects of the Christmas season. Cherry pickers hang strands of colored lights in truck stops, forklifts carry loads of presents and sing Christmas carols, mixers mix yummy eggnog under a sign for Eggnog Street, and Zambonis and food trucks and more all celebrate the holiday season. Even youngsters who don’t celebrate Christmas might enjoy seeing all the trucks doing special winter activities. ((Random House)

Another clever Christmas book is “Dear Santa, I Know it Looks BAD But it Wasn’t My FAULT!” by Norma Lewis about a cat named Scalawag who is writing to Santa explaining

how good he’s been all year and why he deserves a wonderful gift. He doesn’t want another catnip mouse. Naturally, in the course of writing the letter, the reader gets to see all the naughty things that Scalawag has done from drinking milk from a pitcher and getting his head stuck inside it, escaping from the house and using the children’s sandbox as a litter box (a natural mistake), and almost burning down his house. But in the end, no matter what Scalawag does, he knows that Miss Violet loves him unconditionally and absolutely. And that’s the best gift of all. The illustrations are amazing with catnip mice filling the endpapers and characters with great expressions. Kids will love the emotions that Olivia Beckman manages to impart to the mischievous kitty. (Peter Pauper Press) 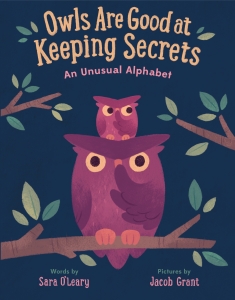 “Owls Are Good at Keeping Secrets: An Unusual Alphabet” by Sara O’Leary is, not surprisingly, an alphabet book with animals whose names start with all the letters of the alphabet. Each animal has a winning illustration and a (not really true) “fact” about them. Did you know that “Alligators think you’d like them if you got to know them.”? Some of the facts really are true, like “Lions like a nice nap.” Others, like “Unicorns believe in themselves,” and “Voles always want just one more book,” not so much. But kids will enjoy hearing all the names of the animals, and they will get a chuckle at the zebra “fact” at the end. (Random House Books for Young Readers)

Sendak, “The Big Green Book.” Sendak’s brilliant illustrations complement the story about a boy named Jack who lives with his aunt and uncle because his parents are dead. The book claims they aren’t very nice to him, but is that because Jack seems bored at the start of the story and because he hates taking long walks with them in the fields around their home? One day, while exploring the attic, he finds a green book filled with magic spells. He decides to have some fun and turns himself into an old man with raggedy clothing. He plays several tricks on his unsuspecting aunt and uncle, some not very nice, but the ending is happy and kids will laugh at Jack’s antics. (Harper Collins)

“Leaf Litter Critters” by Leslie Bulion and illustrated by Robert Meganck is a nonfiction children’s picture book filled with poems and joyful illustrations about the tiny creatures who live in piles of leaves and enrich our soil. It’s filled with clever word play like: “When leafy litter’s parched bone dry,
Most water critters flee or die,
But water bear stays on location
in suspended animation.”

There are creatures that most of us have never heard of, like the symphylan (a garden centipede) and the springtail. Others, like the earthworm, are creatures we see every rainy spring morning. On each page is a Science Note that gives more information about the tiny animals. At the end, the glossary can help with unfamiliar words like frass and duff. There’s also a section called Poetry Notes that explains the type of poem created for each creature. Some are free verse, some have stanzas, one is a triolet and another is a kyrielle. There is information about how to investigate these critters as well as resources for further investigation. What’s also really informative is the page showing the relative size of all the critters in the book — beautifully illustrated. It’s amazing how wonderful Meganck makes the unattractive critters look. (Peachtree Publishers)

Nothing says holidays like books about family, and this year has brought many wonderful new releases. “Life With My Family” by Renee Hooker and Karl Jones is a humorous look

at a crazy family where each child sports a different skin color and life is crazy. One daughter is the narrator, and she begins by saying, “Life with my family is not always easy.” Her younger brother is screaming in the background and her other brother is playing with his food. She imagines what life would be like if they were animals, and by doing so, she introduces the reader to many collective nouns. In addition to the common ones like “swarm of bees” and “herd of buffalo,” she imagines a “pod of pelican,” a “pandemonium of parrots,” a “smack of jellyfish” and more. There’s a sweet moral and great fun learning about collective nouns to be absorbed. (Penguin Workshop)

“Dad By My Side” by Soosh is all about the father-daughter bond. In this beautifully illustrated story, the author cherishes the interactions between the father — drawn huge with curly hair and a long beard — and his petite daughter. The father comforts her when she’s sad, and she comforts him, too. It’s all about their love for each other, even when shells get in their omelets. It’s really lovely, and perfect for a father or daughter on your shopping list. (Little, Brown and Company)

“Am I Yours?” by Alex Latimer is the story of a dinosaur egg that rolls from animal to

animal, trying to figure out where it belongs. By asking questions, all the dinosaurs can tell if the little egg belongs to them. “Are there spikes along your spine? Long and flat and sharp like mine?” asks Stegosaurus. Brachiosaurus asks whether his neck is long or short, and Triceratops wants to know if he has a horn or three. All the dinosaurs try to help the little egg figure out where it belongs. This story is very reminiscent of “Are You My Mother?” and will delight children with the happy ending and all the dinosaurs they met on the way. (Peachtree Publishers)

“Big Brother Peanut Butter” by Terry Border brings back the peanut butter sandwich with the paper clip arms and legs. On the first page, Peanut Butter learns that he’s going to be a big brother. Adults will get a kick out of the illustration with the mom and dad peanut butter sandwiches stirring a bowl with flour. Peanut Butter is worried about being a big brother. His father tells him, “Easy as Pie.” Then he suggests that Peanut Butter go talk to Pie, because of course she is another character in this clever, food-filled story. He talks with Apple Pie, and then to Cucumber and his little brother, Dill Pickle. He visits many fruits and vegetables and even Big Cheese. But by the end, he knows exactly what to do to be the best big brother ever. And it’s advice that even a non-food big brother (or sister) will be able to follow. (Philomel)

Find out about more fabulous picture books at the following links:

Six Picture Books for Older Kids: Books to Think About

6 Picture Books that Will Encourage Thought, Compassion, and Discussion about Diversity