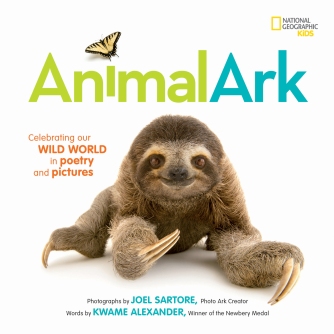 With “The Photo Ark: One Man’s Quest to Document the World’s Animals” by Joel Sartore, National Geographic has created an album of incredibly beautiful — stunning, actually — photos of animals, many of which are critically endangered. But it’s not just a compendium of animal photographs. This book goes much further.

Each page and placement of the animal species is carefully considered and artistically placed. Just leafing through the pages, the reader immediately notices that the pictures are paired in artistically and visually pleasing ways.

Not all the pairings look alike. In one unusual pairing, a brilliant green springbok mantis is posed facing the camera with one leg roguishly touching its chin, head tilted coquettishly to the left. On the facing page is an arctic fox with deep brown eyes and a shiny black nose. The fox’s head is tilted adorably to the right — a mirror of the tilt of the insect on the facing page. 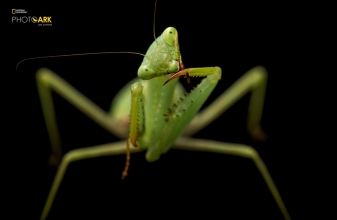 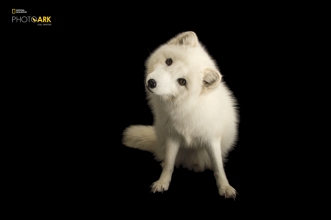 From moths to octopus, from beetles to shrimp, from a mouse to an elephant, “The Photo Ark” painstakingly memorializes many of the animals who are on the brink of extinction.  Interspersed with the photos are pieces of text about endangered species and about those who are trying to save some of them. The caption of each photograph includes a code to let the reader know the status of each species. 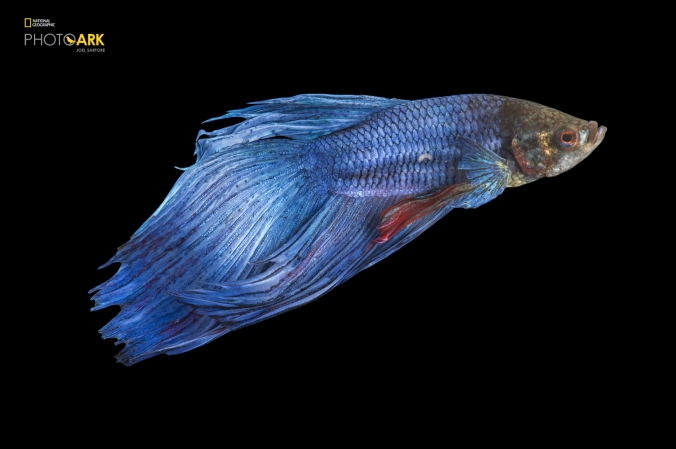 Among the wonders of the photographs — and of the world of nature — are the similarities of animals across the spectrum. One that is striking in the book is the pairing of a giant deep-sea roach with the Southern three-banded armadillo. The animals face each other, and the similarities of their shells with the creases and even in the legs is uncanny. And beautiful.

There is also a book for children called “Animal Ark: Celebrating our Wild World in Poetry and Pictures.” It is an abbreviated version of the big book, with the same photos. Author Kwame Alexander created haiku-like poems for the animals. The message is the same as the big book — animals are becoming extinct, and we need to do something to protect them. We need to save our world because time is running out for many of its inhabitants. 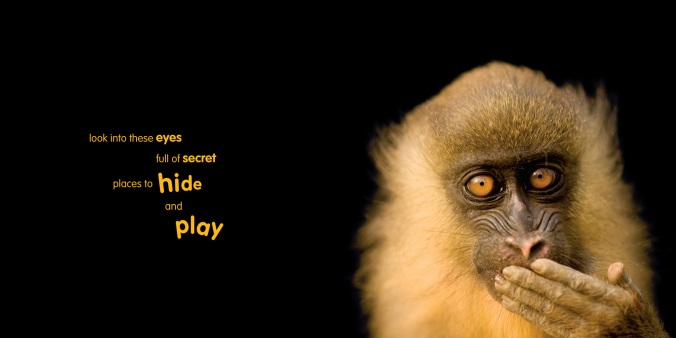 While “Animal Ark” would be a great book for any classroom or school library, “The 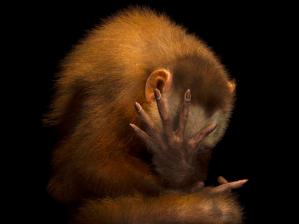 Photo Ark” would be a great book anywhere. It would certainly fit into a school library or classroom. It would also be a beautiful coffee table book. But it’s more than just a book with beautiful photographs. It’s a book that deserves to be read — that needs to be read and shared –in libraries, in schools, in places of worship, in offices. Anywhere people might see the result of man’s thoughtless destruction of our environment, the endangering of countless species of animals, might help people decide to make a difference.

Please note: This review is based on the final, hardcover books provided by National Geographic for review purposes.