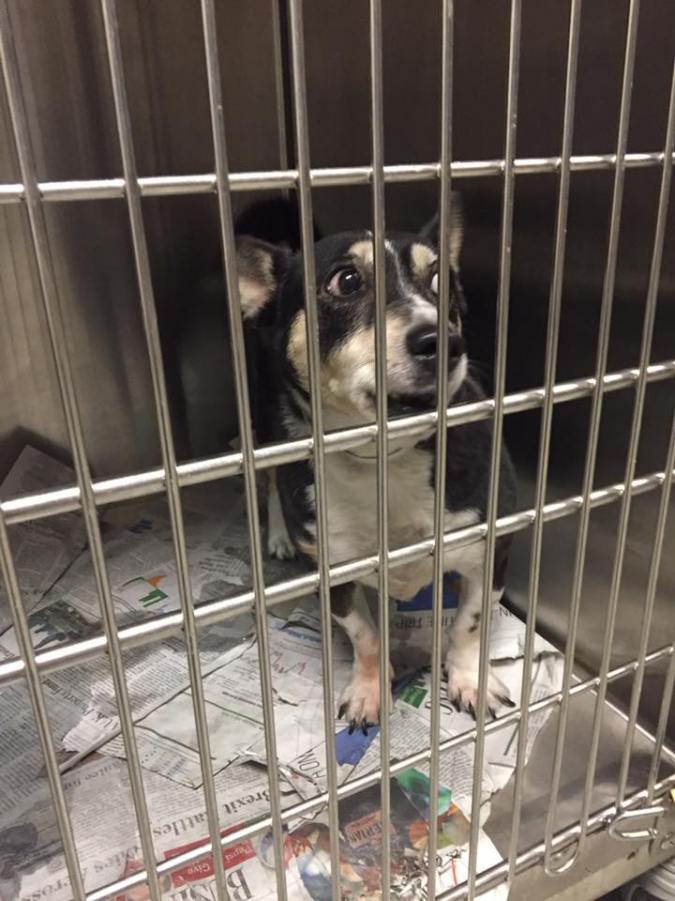 The veterinarian there told several people that Luke and another dog, Kimbo, only have until 6:00 pm on Wednesday and they will be killed. So the volunteers have frantically been working to save this little, scared dog. While he did bite someone, the rescues and volunteers believe it is because of his fright at the shelter, and they believe that he can be rehabilitated and successfully adopted to the right family.

But while some people have been told that he is “rescue only,” others who tried to place holds on Luke were told he is not available. One determined rescuer sent 15 emails to the shelter about Luke, desperately trying to save his life. Another volunteer posted that an adopter drove quite a distance to adopt Luke this past weekend and was told he was not available. She said she knew he had a biting history, but she still wanted him. They refused to adopt to her.

I think someone is determined to kill him.

An email was sent to the shelter on behalf of True Faithful Rescue Mission. It said, in part:
“I am reaching out to you as there appears to be some confusion when it comes to precious Luke. There have been emails sent by Lisa Letson of True & Faithful rescue requesting a hold. She has received the response that he is unavailable. I have sent emails requesting his status and have been told he is available. One time I received an email stating he had an adoption commitment. I passed that along to the ladies working on him. I was informed today that he is indeed available for adoption. We were also informed that he can be rescued and/or adopted. Lisa has just sent another request for a hold. If you find this email confusing I apologize but that is where we stand also – confused. We have a rescue that wants this precious soul and we cannot seem to get an affirmative on her hold. Please confirm that there is a hold for True & Faithful so we can get this pup rescued! Your attention to this matter is greatly appreciated!!!”
Another email stated in part: “I have asked and asked till I’m blue in the face…Please release this rescue to me so I can work with him one on one with his issues. I personally have taken a lot of biters out of MDAS. I am asking again to give me a chance to work with him and to save his life.” 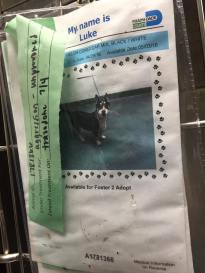 Luke’s kennel card shows that he was available to adopt or foster to adopt. No one knows his current status as everyone who inquires is told something different. And while the “clear the shelter” weekend must have emptied many of the kennels, the shelter is apparently not willing to give Luke more time or even allow an experienced rescue to save him.
There may be more information about Luke on his Facebook thread. Feel free to email the shelter at:pets@miamidade.gov and AM13@miamidade.gov.  Please share his story — he only has one day to get out of this “no-kill” shelter before they kill him! Talk about ironic! To all those who think “no kill” is the answer — understand that “no kill” does not mean that no animals are killed. It simply means that shelters have to be creative about how the animals are killed so they don’t count toward the “no kill” statistics. Because the shelter will surely label Luke as “aggressive” and “unadoptable” so that his life — and his death — don’t count.

2 thoughts on “Shelter mixup to cost small dog his life”