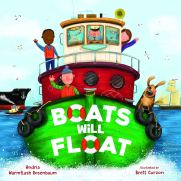 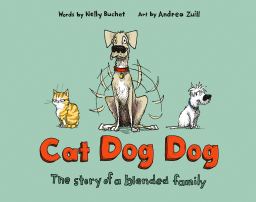 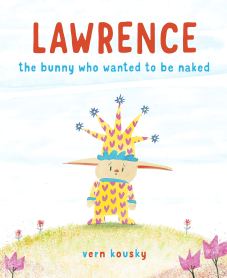 Picture books are like magic. Some are filled with amazing, interesting facts and are clever ways to educate while entertaining readers. Others have wonderful morals and authentic authors’ messages. Yet others, while they may have important messages, also serve to make readers smile and be happy. These ten picture books, most of which do, indeed, have a moral, are also just wonderfully sweet and entertaining.

“Straw” by Amy Krouse Rosenthal is a perfect companion to her previous books, “Chopsticks” and “Spoon.” But if you haven’t read those books, “Straw” will still delight you with the lovely message that life is too short to always rush though everything. As the looped green straw tells the main character, the blue-striped straw, “Sometimes you just gotta stop and smell the milk shake!” For example, Straw learns that blowing bubbles isn’t a race; rather, it’s just something fun to do for the sake of blowing bubbles. From the creative illustrations by talented author/illustrator Scott Magoon (“Linus: The Little Yellow Pencil“), who gives us the happy-faced blue and white straw with a neck that bends and who has friends and family that make up a colorful and assorted variety of shapes, to the extremely clever word play and double entendres that fill this picture book. This is one that kids will want to read over and over and over — and it’s a message that will resound with parents and teachers alike. (Disney-Hyperion)

“Lawrence: The Bunny Who Wanted to be Naked” by Vern Kousky, is a sweetly silly book

about a bunny whose mother dressed him, from a very young age, in ridiculous clothes. He wears silly hats, ear stockings, and even inflatable helium balloon pants. She loves to knit and sew for Lawrence. When it’s a bit chilly, “Mrs. Rabbit wraps Lawrence up in a snowsuit, two scarves, and four furry winter hats.” The other bunnies, as well as his mother, all get to run around in their normal fur outerwear (naked), and Lawrence longs to do so as well, but Lawrence has a plan. It’s a marvelous plan. Kids will laugh at how cleverly and completely Lawrence’s plan works. Sometimes, what others want for us isn’t as important as what we want, and it’s important to share that, just as Lawrence lets his mother know, in a gentle way, that he doesn’t want to wear clothes. (Schwartz & Wade)

“The President of the Jungle” is written and illustrated by Paula Desgualdo, Pedro Markun, André Rodrigues, and Larissa Ribeiro. It’s certainly entertaining, as the King of the Jungle, Lion, is behaving badly. He diverted the river that all the animals in the jungle used because he wanted a pool in his front yard. Readers learn about the power of a demonstration and a protest, which is just what the animals did. They decided to be a democracy and hold an election, which is carefully explained in language that even a kindergartener, perhaps even a preschooler, will understand. The king runs on the platform that he expelled the smelly possums and provided jobs to those who diverted the river. Monkey, Snake, and Sloth, also run. They hold rallies and discuss issues. And kids will get to see a (sort of) democracy in action. They will love it! This is a perfect choice for school and classroom libraries so that kids learn now what is going on in this election year. (Nancy Paulsen Books)

“Cat Dog Dog: The Story of a Blended Family” is written by Nelly Buchet and illustrated

by Andrea Zuill. It’s a sweet story of a man and his dog moving in with a woman and her dog and cat. The text is simple in the extreme; the illustrations do the heavy lifting. We see one two-page spread with “Dog” happily munching a toy and eating dinner on one page with the same dog happily sleeping next to his human on a bed. A large, gold-framed portrait of the dog hangs over the bed. Life is good. Then we meet a woman with a large dog and a ginger cat. As those who have cats and dogs know, the cat runs the house. We see the large dog looking forlorn as he stares at the cat lying comfortably in the middle of his huge dog bed. Dogs know better than to disturb a cat. When everyone moves in together, life gets tough. The cat sleeps in the white dog’s beautiful pillowed bed, and the large dog is on the bed with the humans, but where does the white dog belong? Eventually, things begin to look up. The clever story and the entertaining illustrations by Zuill, who wrote and illustrated “Sweety,” exquisitely portray the emotions of the hapless hounds and the conniving cat. Kids will love it! (Schwartz & Wade)

Chris Grabenstein’s picture book debut is “No More Naps!” It’s illustrated by Leo Espinosa and is both clever and entertaining. While middle grade readers are quite familiar with Grabenstein’s entertaining ways from books like “Mr. Lemoncello’s Library Olympics” and the “Wonderland Motel” series, this is Grabenstein’s first picture book. In “No More Naps!” a  toddler with the clever and metrically attractive name of Annalise Devin McFleece is determined not to take a nap. So her father takes her for a stroll, hoping that she will go to sleep. But as he begs her to take a nap, she screams, “NO!” A gentleman sitting on a park bench asks that since she isn’t taking a nap, might he have it? A woman sunning nearby also wants to take a nap, and soon, everyone wants a nap. Everyone except Annalise Devin McFleece! The twist, when it comes, is perfect. So are the brilliantly colorful illustrations with black outline, lots of bright colors, and plenty of white space. (Random House Books for Young Readers)

and important book about parental love, dignity, and the power of imagination. When the babysitter cancels, little Daniel must go with his parents to their job cleaning office buildings. But what could be a horrible night turns into an adventure when his parents describe the Paper Kingdom with a Paper King who leaves paper everywhere. His parents continue to charm and thrill Daniel with their description of the Paper Queen and the dragons who (sometimes) reside in the bathrooms. Daniel is sad that his parents have to work so hard to clean the messes left by others, even if it’s a king. But one day, they tell him, he’ll be a king and tell everyone to be neat. Children really enjoy the imagination and fantasy of this story. Older readers will understand the author’s message, but the kindergarteners who listened to it needed help to understand that it’s not nice to leave a mess for others to clean. They loved it! (Random House Books for Young Readers) 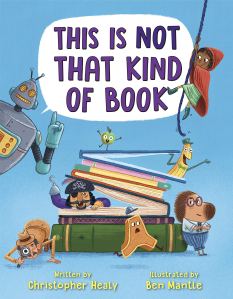 “This is Not that Kind of Book” is written by Christopher Healy and illustrated by Ben Mantle. Like any proper alphabet book, it begins with the letter “A,” but then a girl in a red cloak interrupts the “A is for…” with “Hey! This is not an alphabet book!” She continues, “Sorry, this is a fairy tale. Come see.” But as she and an apple and the letter A wait for the wolf to show, they find that it’s not a fairy tale, either. This very different, very strange (but also very clever) picture book continues to twist and turn and delight and entertain. Kids love this book! They don’t stop laughing from the beginning to the end. And in addition to the humor, there’s a lovely message for kids. (Random House Books for Young Readers)

In “Dirt Cheap,” Mark Hoffmann brings us the story of a young girl determined to

purchase a very special soccer ball, the XR1000 Super Extreme Soccer Ball. The problem is that it costs $24.95, and the girl, Birdie, doesn’t have any money. The story is “told” via a narrator who asks Birdie questions, like “Maybe you could sell some of your stuff?” and Birdie’s responses, shown in a different, dark font with a line indicating that it’s Birdie talking. Along the path to entrepreneurism, Birdie learns a lot. She learns about supply and demand and fair pricing. (No one pays $25 for a bag of dirt.) She learns about all the ways to make 25 cents (there are many). But when she finally accomplishes her goal, both Birdie and the reader see the result of her labors — a rather short-sighted result. But clever Birdie makes everything right in the end. Enjoyable and educational, this is a book for a wide range of ages. (Knopf) 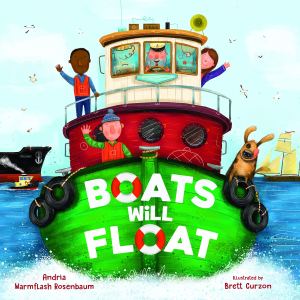 “Boats Will Float” by Andria Warmflash Rosenbaum and illustrated by Brett Curzon is a book filled with boats. Young readers who are obsessed with vehicles might just enjoy this picture book about water vehicles. Just as there are different construction vehicles from trenchers to cement mixers and dump trucks, so are there different kinds of boats. In this brightly illustrated book, we learn about fireboats and freighters, scows and schooners, and tankers and tugs. There are coast guard boats and cruise ships, trawlers, and even a submarine. And at the end, there’s a double page spread of all the different boats in alphabetical order from canoe to tugboat with a definition and an illustration of each. Preschoolers will really enjoy this! And it’s a perfect good-night story as at the end, the boats rock gently to sleep. (Sleeping Bear Press)

And last but not least is “Kevin the Unicorn: It’s Not All Rainbows” by Jessika von

Innerebner. Don’t tell anyone, but I usually am not a fan of unicorn books. This one is clever, though, because Kevin the Unicorn is having a really, really bad day. I think that kids see some other kids as being perfect — with perfect lives and perfect clothes and perfect hair. Just like Kevin. But in reality, even unicorns (or so the author says) have bad days. And Kevin’s bad day is really bad. It started as a bad hair day, then progressed to a bad car day (no gas AND a flat tire and rain on his convertible) and then got worse. But should Kevin keep all those feelings of frustration inside? See what happens when Kevin finally shares his emotions. (Dial Books for Young Readers)

One thought on “10 picture books guaranteed to make you smile”