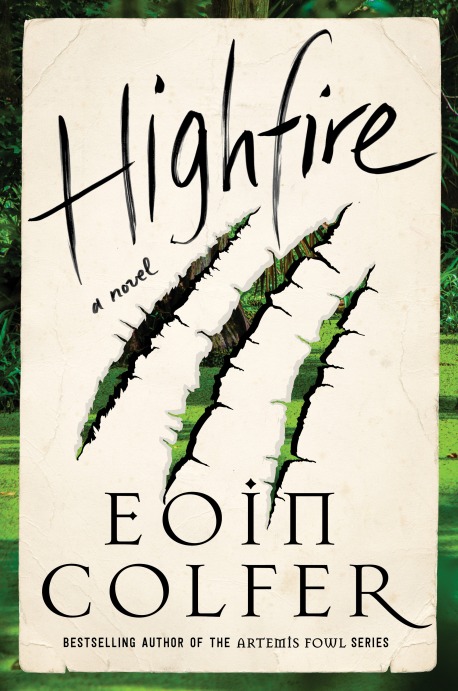 Folks who worry about a personal lack of imagination need no longer be concerned; they can simply absorb and digest “Highfire” by Eoin Colfer and the gobs of creative delights he offers.

Colfer’s latest novel is a shining example of those delights. Each of the characters is hilarious and sympathetic. The hero, for example, is fifteen-year-old “Cajun-blood” kid Everett (Squib) Moreau, who is impish, sly, and funny; a bad boy and a good person. But he’s not the first character we meet. That’s Vern. He’s a dragon who loves human beings. That is, he loves to eat them. Humans, you see, have destroyed almost the entire universe of dragons. Vern seeks revenge.

But somehow, Squib and Vern become fast friends and co-heroes (once Vern decides not to eat the kid). Their adversary is Regence Hook, the royal ruler of epic badness. And the unnamed contributor to this mashup is the narrator, who “speaks” in the same rustic dialect as “his” characters. You’ll appreciate that narrator and his cast of lovable misfits. Their story will lift the spirits of anyone who is in occasional need of a tasty and hearty laugh. And that’s just about all of us.

Please note: This review is based on the final, hardcover book provided by Harper Perennial, the publisher, for review purposes.