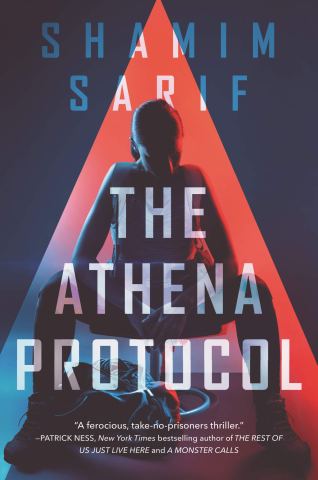 With “The Athena Protocol,” author Shamim Sarif creates a female version of James Bond, except that instead of working for British Intelligence, Jessie Archer works for a non-govermental, private, female group bent on saving women and children around the world who are in need of help, but whom the governments of the world are ignoring. At the start of the book, we watch this elite team in action while they save a group of 50 girls kidnapped by a terrorist militia and held in servitude. While they wait for night to fall, they are forced to watch what the young men and boys do to their female prisoners while they pass the time.  The leader has two hostages, and when he shoots one of them in cold blood, Jessie loses control. Before they leave with the prisoners, Ahmed, the evil leader, is dead. Jessie is kicked out of Athena.

Jessie is not going to let being on her own stop her from doing good. She knows about the next operation, and it’s a dangerous one. The mission was planned with all of the women involved, and she knows that without her help, it could turn ugly. She is determined to help no matter what. Her mother, a formerly famous singer, is part of the operation, so Jessie is worried even though her mother is also one of the heads of the group and the one who fired her.

What follows is pure action as Jessie manages to steal equipment from Athena and make her way across Europe to Serbia. No spoilers here, but this is an extremely entertaining story with twists not just regarding the plot but also regarding the main character, Jessie, and the other characters. It’s not just about the action, but also about people and the horror of international trafficking, about compassion, about doing the right thing, and about love.

For readers who love a good action book but also want something more, this would be a great choice. It’s refreshing to have a novel that basically has only female characters but is a thriller that would be enjoyed by boys as well. Perfect for school libraries and classrooms. Definitely for young adult readers and mature middle grade readers.

A sequel is already in the works as is a television series. Can’t wait!

Please note: This review is based on the final, hardcover book provided by HarperTeen, the publisher, for review purposes.