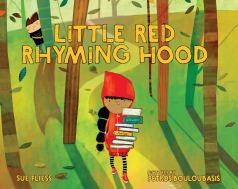 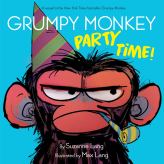 Read to children, as much as possible, and repeat. Often. The secret to raising book- loving youngsters is to read fabulous books to them from infanthood and never stop until they go to college. Or maybe high school. But even older children often love reading with parents. Here are some clever and humorous picture books that also have clever and important messages for young readers.

“The Perfect Seat” by Minh Lê and Gus Gordon actually begins before the title page. A father and son moose are leaving a book store when the son asks the father to read to him. The father replies, “Of course! But first we have to find…” and the next page is the title page, “The Perfect Seat.” As the father and son wander through the city trying to find the perfect seat, they grow frustrated. One is too big, another too small. It’s like Goldilocks and the Three Bears but without the porridge. One seat is too tall, another too short. Finally, in despair, the father gives up. And that’s when the son finds the perfect seat. The simple text and simple illustrations on a white background make this a great choice for young readers who will appreciate the perfect ending. It’s one they will want to read over and over, perhaps from their own “perfect seat.” (Disney-Hyperion)

about a grumpy monkey. It’s much more — really. When Jim Panzee gets an invitation to Porcupine’s big party, he doesn’t want to attend it because he doesn’t know how to dance. His friends — all denizens of the African savannah and forest — are appalled and immediately teach him to dance. Jim’s friends include typical animals from Africa like elephants and rhinos but also the ostrich, marabou stork, oxpecker, and water buffalo. At the party, Jim hates dancing, and when he finally tells everyone that he doesn’t like to dance, something surprising happens. Others admit that they, too, don’t really love to dance. It’s a phenomenon that teachers know all too well. It’s only when one brave student raises a hand to say he/she doesn’t understand a concept that other students will also admit to not understanding. And in this clever, animal-filled story, Jim Panzee finds out that universal truth. And all the animals find out that dancing isn’t the only thing to do at a party, so even Jim ends up really enjoying the party. (Random House Books for Young Readers) 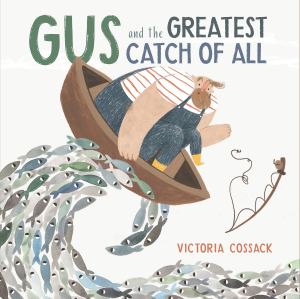 “Gus and the Greatest Catch of All” by Victoria Cossack turns the typical story of a fisherman and his big catch on its head. Gus was the best fisherman in town. He won contest after contest and “had everything a fisherman could ask for: talent, success, and a full fishing net.” He caught twenty-five fish each day. But then Gus got greedy. He wanted more — he wanted to be famous. When he went overboard (literally) because of all the fish he lured to his boat, a strange thing happened. The fish decided to teach Gus a lesson. They lured him here and there, and they played games with him — even chess. And the fish won every game no matter how hard Gus tried. Then Gus realized that playing games with the fish was fun, and if he caught them, he’d have no friends. There’s a twist after this sweet twist, and Gus finds out that there are more important things in life than fame. This is yet another captivating choice for reading with young children and discussing the author’s message. How important is it to win? To be famous? To win contests? And how important is friendship? (Page Street Kids) 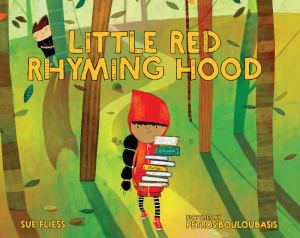 fractured fairy tale about a girl who can only speak in rhyme. She gets teased by Big Brad Wolf because she has no friends, and she responds, “You don’t bother me, Big Brad. Nasty words won’t make me sad.” But the text says that his words do, indeed, bother her. To cheer her up, her grandmother makes her a bright red hoodie and she wears it always. And that’s how she is nicknamed Little Red Rhyming Hood. After enduring Brad Wolf’s daily teasing, Little Red is thrilled that there’s a poetry contest where she might meet kids who love poetry as much as she does. But one day while walking and practicing her poem, she runs into Big Brad. After their big bump, “for the first time, Red didn’t rhyme.” And for the first time Brad Wolf found out, to his chagrin, that he did. Rhyme, that is. What could Little Red do with the poetry contest that very night? Would she be able to work with Brad Wolf, who now has her rhyming ability? The resolution is one that kids will enjoy, and one that can lead to discussions about how we treat people who have different interests than we do. The fact that Brad and Little Red have different skin colors isn’t really an important part of the book, but it’s fabulous that picture books mirror real life in showing characters with different skin tones. (Albert Whitman and Co.)

“Five Minutes” by Liz Garton Scanlon and Audrey Vernick and illustrated by Olivier Tallec recognizes a universal truth: Time, and how it flies (or does not) completely depends on what you are doing. In fact, on the cover under the title is the text, “(That’s a lot of time) (No, it’s not) (Yes, it is).” So is five minutes a lot of time? Yes, if you are a parent asking your child to let you sleep just a bit longer. It’s not a lot of time when you are rushing to get out of the house. When is five minutes forever? An eternity? As we follow a boy and his parents through their day, we find out when five minutes fly by and when they don’t. It’s the kind of book that will be talked about long after the last page is turned. I can only imagine conversations the next morning, when a parent tells a child to wait five minutes and the child responds, “That’s forever!” And they laugh. The illustrations are perfect with simple, colorful drawings that fill the page with color, and the expressions on the boy’s face which reflect much emotion. (G.P. Putnam’s Sons Books for Young Readers) 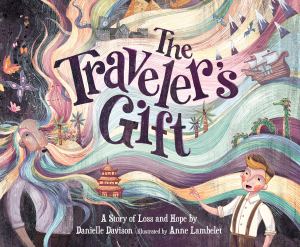 about a boy named Liam. His father was a sailor who loved to tell tales of his adventures to Liam, and Liam loved listening to the stories. They were fascinating, and Liam loved retelling them. But when his father didn’t return after a trip, the magic Liam had felt telling stories disappeared. His world turned gray and sad. Then a mysterious man named the Traveler arrives in town, and something strange happens. When he tells tales of his voyages, his beard grows. And woven in his magical beard are images of the stories he has told. And what happens to Liam then is magical, too. He learns that telling stories is more than just talking; it’s really listening and seeing the world around you. It’s a book for older picture book readers about loss and friendship and the magic of telling stories. (Page Street Kids)

“The Evil Princess vs. the Brave Knight” by Jennifer L. Holm and Matthew Holm is a story that only a brother and sister could write together (not really). This sibling duo writes a story out of their childhood (probably) and it’s certainly laugh-out-loud funny. The evil princess and the brave knight must learn to get along. And when they can’t, the magic mirror (their parents) reads them the riot act. But when they are sent to their rooms, life is boring. Together they have more fun, and together they make bigger messes. Life is more fun with a bit of chaos, right? (The cat in the tale might not agree.) It’s a universal tale of sibling rivalry and sibling love. Kids will love trying to discover the authors’ messages — and there are so many possibilities! (Random House Books for Young Children)

Please note: This review is based on the final, hardcover books provided by the publishers, for review purposes.

One thought on “7 Picture books with surprisingly sweet messages”