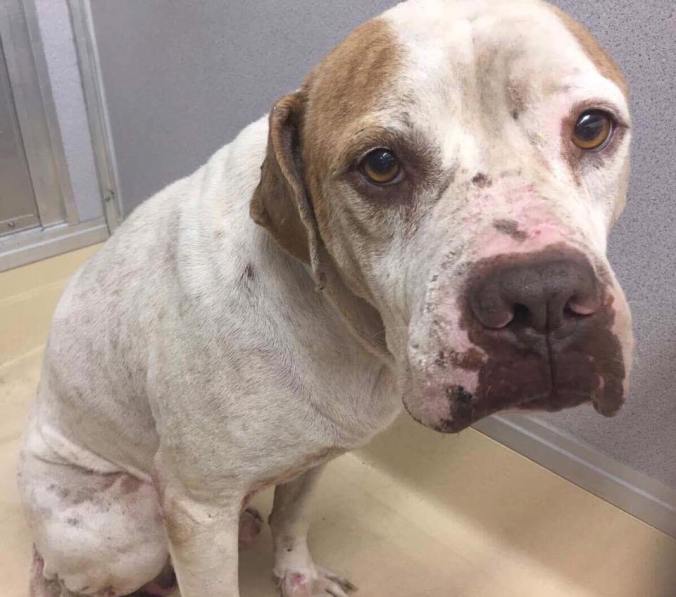 Update: Lester was rescued! Those who helped make sure that instead of being killed, Lester will be safe with a rescue said that social media helped get Lester extra time and saved his life!!

Volunteers and animal rescuers are furious that Lester, a male dog at Miami Dade Animal Services is on the euthanasia list for aggression. They have posted a video of Lester in a kennel with another dog, both apparently wagging their tails at passersby. This does not appear to be a dog who is aggressive to other dogs.

Poor Lester has been at the shelter since September — almost three months. It’s no wonder he is depressed and anxious. Shelter life does that to a dog. But is this another case of the shelter mislabeling a dog as “aggressive” — even when video and photo evidence shows otherwise — so they can kill Lester and have his death not count under “no kill” rules because of his supposed aggression?

No aggression to be seen here

Lester has not been neutered. He is listed as a five-year-old American Bulldog mix. There may be more information on his Facebook thread. He urgently needs social media to share his story to give him a chance to live.

Please note that I do not work at the shelter. Do not post pledges or offers to adopt in the comments — they will not be seen by the shelter. Contact the shelter directly to help, or visit the Facebook threads for more information. Also, only respectful, profanity-free comments will be approved.