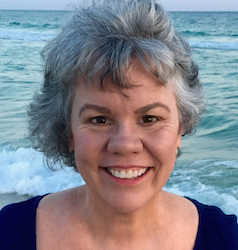 Claire Cook, author of the bestselling “Must Love Dogs,” (which was made into a movie with Diane Lane and John Cusack) is filled with optimism about the year 2015. She just published the third book in the MLD (Must Love Dogs) series, “Fetch You Later.”

And exciting New Year news? The first book in the series, “Must Love Dogs,” was #1 on the Amazon Contemporary Romance list and #13 overall. It was also #1 for all of Barnes and Noble’s ebooks. That’s something to celebrate.

“In 2014 I published three books,” Cook said. “‘Must Love Dogs: New Leash on Life,’ ‘Never Too Late,’ and ‘Must Love Dogs: Fetch You Later.’ It’s exciting because readers seem to love the characters in the series. I had many tell me that they already devoured ‘Fetch You Later’ and they want to know when the next one will be out!”

Well, those readers will be happy to know that Cook is working feverishly to complete Books #4 and #5 in the series so they can be published in 2015. “I love writing this series,” Cook related. “It’s so much fun because I get to find out what will happen next. I love the characters.”

Why do readers enjoy series so much? “I think that there are a lot of books out there to choose from. When we find characters we like, it’s great to know that there will be more adventures with them, and we’ll be able to keep up with their lives.”

Cook is also very proud of her first nonfiction book, “Never Too Late,” and the new path that has opened for her. She reinvented herself when she left teaching and became an author. Her book is all about how people can reinvent themselves at any stage in life. She has been invited to speak and teach courses based on reinvention, and she loves it.

She’s also learned something very important: “I’ve learned to say ‘no.’ If you say yes to everything, nothing gets done. I say ‘yes’ to the most important things: writing, family and friends. But they understand that writing is important. It’s about prioritizing. Either life takes control or we do.” And that last sentence sounds just like something from “Never Too Late,” which is about taking control and making changes.

Cook’s final advice about reading Must Love Dogs? “Jump in. The books do stand alone, but starting at the beginning is great because you can see the progression of the events and how the characters develop and change.”