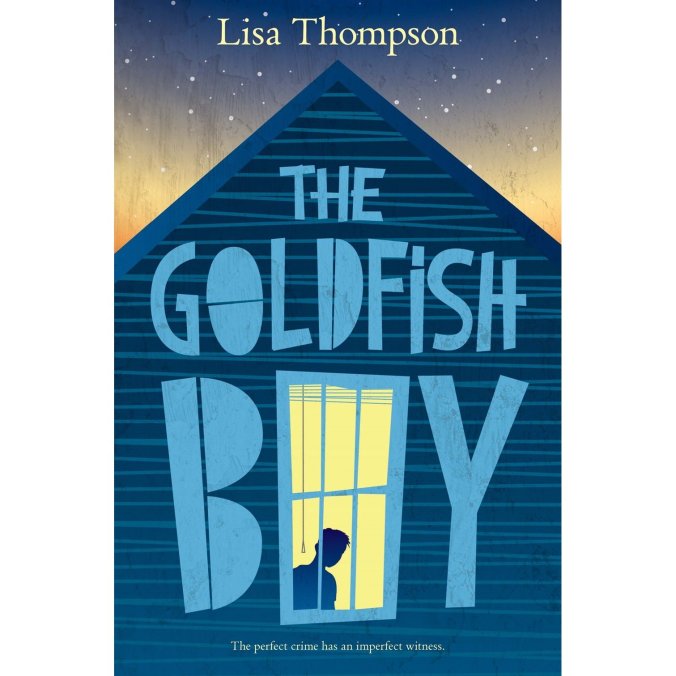 “The Goldfish Boy” by Lisa Thompson houses an unusual protagonist: a boy with severe Obsessive Compulsive Disorder. He spends almost all of his time inside his home looking out one of two windows, either the window in his bedroom which looks out over the backyard or the window in the front room which still has the baby supplies from before his younger brother died during childbirth.

Matthew doesn’t really have any friends at the beginning of the story. Flashbacks tell of friends he used to have, including one who lives on the quiet cul-de-sac where Matthew and his family live. There is also Melody, a girl his age who has the strange habit of visiting the nearby graveyard. Jake is a former friend-turned-bully who rides his bicycle around the street with an angry look in his eyes.

When the next door neighbor is caring for his two grandchildren and one disappears, Matthew becomes involved in trying to solve the mystery of where Teddy went. Because Matt sits by the windows and takes notes of events in a notebook, he feels uniquely qualified to figure out the kidnapping.

The story is told in first person narrative in Matt’s voice. That works beautifully in really sharing his reasoning for constantly cleaning not only his room, but his hands and everything around him.

Thompson manages to include a lot about the different events that can serve to isolate children and the different way that children might respond to those events. One specific event causes Matthew’s OCD and another serves to increase the severity of it. The other characters experience domestic difficulty and physical issues that cause them emotional harm. They each react in different ways, but a clever teacher or parent can discuss that with the young readers and help them see that those who are considered “strange” or “weird” may really just be suffering emotionally.

The ending is perhaps a bit too wrapped up in pretty paper with a bow, but Thompson does throw in a slight twist when the kidnapped boy is recovered. Did his sister know all along where he was? She also doesn’t candy-coat sibling affections or rivalry. The two siblings who move in temporarily next door (one of whom was abducted) do not adore each other. At one point, the six-year-old pushes the toddler into the pond and doesn’t show any signs of remorse when the child is barely rescued before drowning.

What makes this a great book for classrooms and children is the portrayal of kids who are different. This book would be great as a read aloud to spark discussion about kids like these.

Please note: This review is based on the advance reader’s copy provided by the publisher, Scholastic Press, for review purposes.